This has led to a dramatic decrease in school absenteeism as 56% of the students have been able to use their robots, to access all of their lessons, everyday during the pandemic. As one mother explains, her son, who was previously absent for 25% of the school year, has had close to no absences since receiving his robot.

School absenteeism is a common challenge for many children and young adults with muscular dystrophy. 13 out of the 21 participants in the study have been in total isolation and unable to physically attend school for over 9 months during 2020. The robots have provided a welcomed alternative for the students, allowing them to participate and remain a part of their school communities.

“If the robot wasn’t there I would have been very lonely, and wouldn’t be able to see my friends or follow what's happening at school"

In addition, 3 of the participants answered directly that the robot has made it possible for them to complete school:

The robot means that despite corona and long-term absence caused by a back surgery I can realistically finish secondary school with a good result.

– Student participating in the study

– The robot also has great potential to support other target groups that are struggling with school absenteeism. Our experiences can certainly be transferred to others, says project coordinator in the Danish Muscular Dystrophy Foundation, Sofie Skoubo.

However, the project manager stresses that telepresence technology for the classroom is still relatively novel for most teachers. As a result, many will have questions regarding the ethical and security implications of using a robot in the classroom. The Danish Muscular Dystrophy foundation concludes that best practice implementation requires good counselling. With the right guidance and delivery of information it is possible to support the teachers to feel safe using the robot.

Skoubo, S. (2020). Evaluation of “robot project 2020”. An evaluation of robot technology for 21 children and adolescents with muscular dystrophy. Muskelsvindfonden. Retrieved from https://muskelsvindfonden.dk/wp-content/uploads/2021/01/Evaluering-robotprojekt-1.pdf 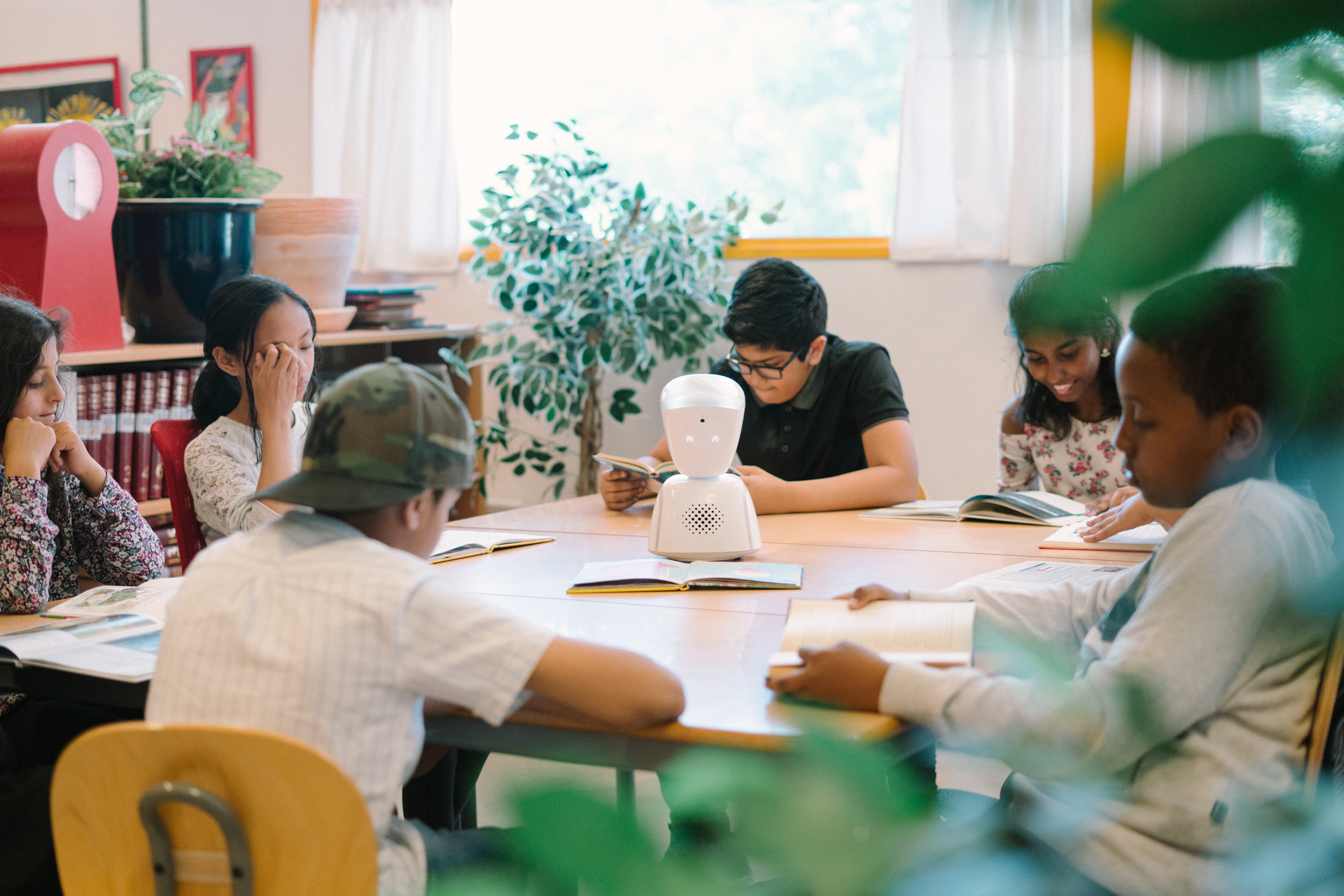 The child's eyes, ears and voice in the classroom