This user story was originally published by the Vodafone Foundation as part of their AV1 Impact report in partnership with GOSH. Read more about it here.

Frank was diagnosed with anaplastic large cell medulloblastoma (a type of brain tumour) in September 2019 when he was 10 years old.

He underwent surgery to remove the tumour at GOSH and received chemotherapy treatment, along with radiotherapy at University College London Hospital (UCLH), which ended in June 2020.

When he started radiotherapy in October 2019, which involved going to UCLH every day for six weeks, Frank attended the Children’s Hospital School at GOSH as much as possible. With everything else that was going on around him, the school provided a lovely calm atmosphere and helped distract him.

In early 2020, he started chemotherapy treatment at GOSH every four weeks for six months, and would stay at the hospital for two to three days each time. It was around this time that Frank started using his AV1 robot. But by March 2020, COVID-19 had hit so while Frank was still going to GOSH for his chemo, schools had closed.

Frank’s mum Anne shares his story of how the AV1 robot helped him connect with his friends when he was undergoing treatment at GOSH.

Initially, I wasn’t too worried about COVID-19. Staff reassured us that children who were going through cancer treatment had no more adverse reaction to COVID-19 than any other child and the evidence showed children didn’t particularly have any adverse reaction unless they had another underlying health condition.

Around the summer of 2020, Frank wasn’t able to attend school at all, which was where the AV1 robot became a lifeline. It allowed Frank to be able to see his friends in the classroom and stay in touch with them.

Frank and his family used the robot regularly when Frank felt too tired to go into school but wanted to see his friends. As a social tool, it was useful for him to be able to connect.

"At the beginning, the robot was such a novelty. When it was turned on and working, Frank's classmates would get excited and shout, 'Frank's here!'

"Children would want to be the one in charge of the robot, making sure it was in the right place. There were many sweet moments at school.

"The other children took him to assembly and took the robot out to the playground for break time as well. It was good for Frank to be able to see what was going on and keep in touch with his friends.

"We had a WhatsApp group with Frank’s best friends, but the robot helped Frank stay in touch with the other children in his class and just stay in the loop with everything. It helped him feel like he was a part of things.

When Frank started going back to school more regularly, it was really beneficial for him to have known all those little things that have been going on while he’d been away. The robot helped him to be a part of everything."

The benefits of the AV1 robot for Frank are clear. There are many more children like Frank who are staying connected to their friends and their school work thanks to the generosity of Vodafone through this wonderful initiative. 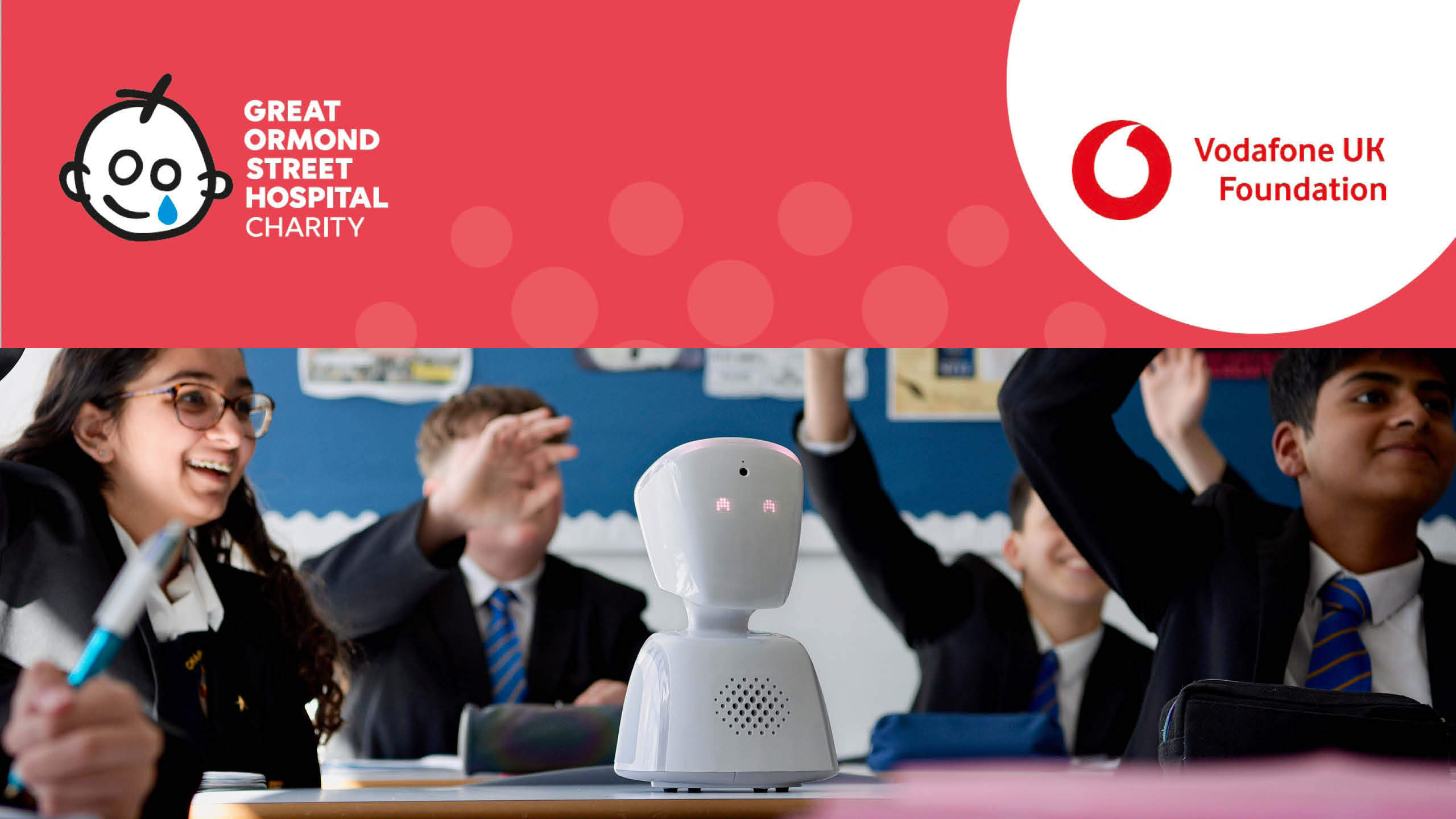 A two year project of 20 AV1s helped many children like Frank connect to their friends and school.